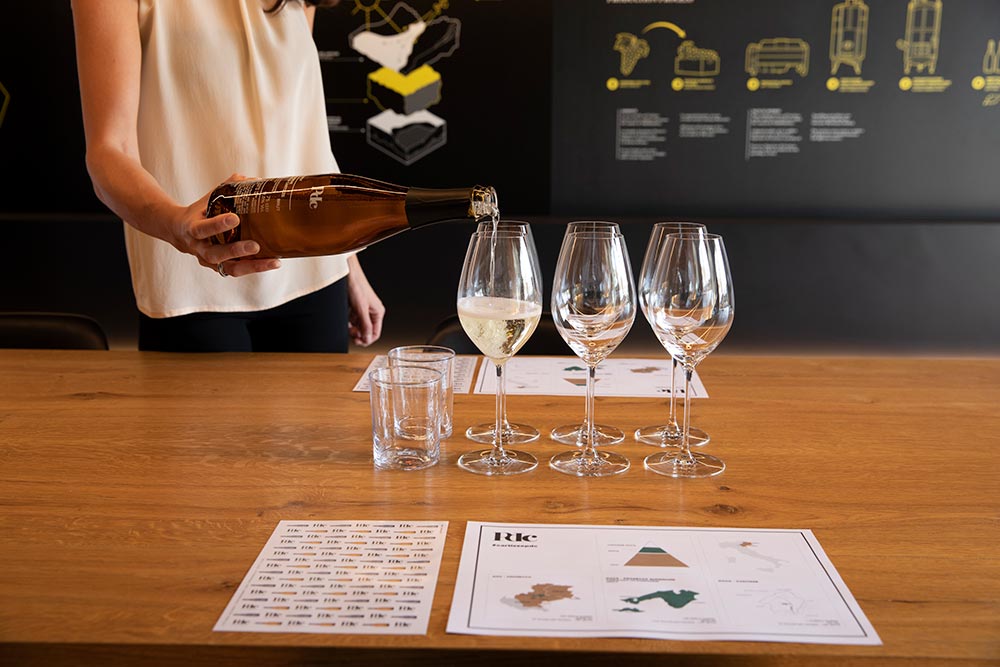 Prosecco and Franciacorta are two sparkling wines that represent the Italian winemaking pride, perfect toasts companions and amazing for special occasions. Even though they have very few in common.

What’s the difference between Prosecco and Franciacorta? What makes them so different one from another?

Prosecco, both DOC and DOCG, is produced with Glera grapes at least for 85%. The base wine after the first fermentation, goes through a second fermentation which is called “presa di spuma”. This process takes place inside steel tanks called autoclaves.
This production process, used for prosecco production, is known as Charmat-Martinotti method. It was thought firstly in 1980 by the italian headmaster of a wine institute F. Martinotti, and later patented by the french chemist  E. Charmat.
With the Charmat-Martinotti production process the wine undergoes a second fermentation inside autoclaves, stainless steel tanks that can be pressurized and can be given a temperature. Wine can stay up to 70 days inside the steel tanks for the sparkling procedure.
The outcome, with this procedure, is a young sparkling wine characterized by high freshness and fresh and fruity primary aromas.

Franciacorta on the other side is a classic method sparkling wine. The classic method is the same used for Champagne and Trento DOC wines. In the Classic Method the wine undergoes as well a second fermentation, however this takes place inside the bottle. In fact, after the alcoholic fermentation, the wine is bottled with sugar and yeasts. It lays in bottle for at least 18 months, during which the sparkling is defined and developed by the second fermentation of sugar.
While the wine stays inside bottles, the yeasts start changing sugar into carbon dioxide and alcohol. The sparkling wine obtained with this production process is an aged wine, characterized by secondary and tertiary aromas such as bread, hazelnuts, vanilla, caramel and so on.
According to this production process, the bottles, during the second fermentation, have to be rotated periodically so as to reach a position from horizontal to vertical: this process is called remuage and it has the aim to prevent the yeasts from depositing on the belly of the bottle.
To remove the exhausted yeasts you proceeded to the “disgorgement” and finally to the “dosage” or topping that defines the residual sugar content.

Residual sugar:
You may find on sparkling wines labels words like: pas dosé, brut, extra dry, dry and demi sec. These define the residual sugar content, to each term is connected a range of sugar, from the lowest range (brut) up to the highest residual sugar (demi sec).

As we talk about Prosecco or Prosecco Superiore we refer to a young white sparkling wine, characterised by its freshness, as it is preferable to drink young.
On the contrary Franciacorta wine is a long aged wine and so a wine that has a nice complessity, and aromas that can develop during the years.
Both two wines represent the Italian wine culture.